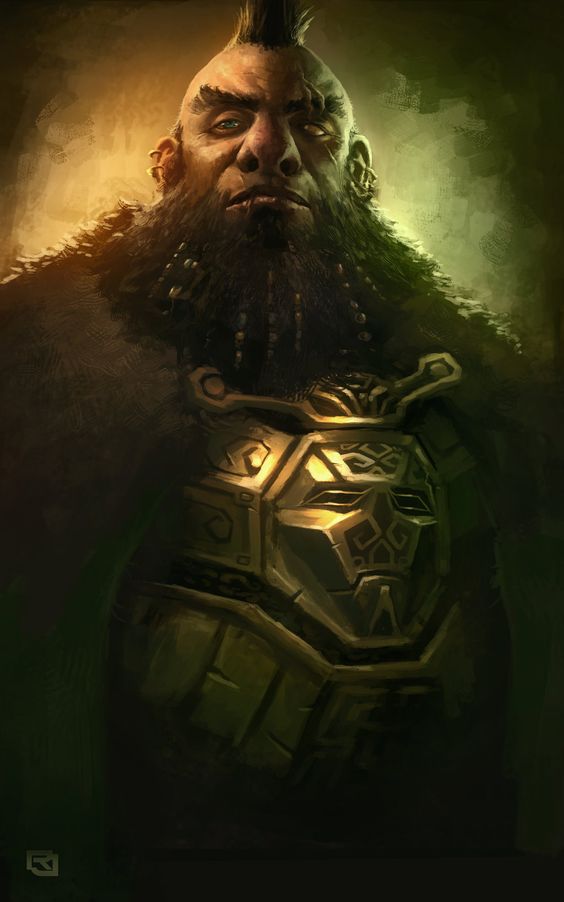 Harold is a brown haired giant of a man who stands 6’5" and weighs 225 lbs. He been known to fight in a tavern for the sheer love of combat, although he is said never to kill and rarely to maim anyone in these brawls. His huge beard is braided in two strands, and in combat he uses a war hammer and sword, or a hand axe and sword. Some say he left the far northlands because of a blood debt which outlawed him.

He once served as captain of the Silver Eagles in Brindinford, but left the post in the aftermath of The Speaker in Dreams to work as a mercenary. He currently accepted work with Dragonfire forces to clear the Old Road of goblins, kobolds and other problems, something he is doing with an enthusiastic efficacy.