Gulvania was a former village in the region of Nightfang Spire. During the party’s war against Gulthias Sengir, the town was completely evacuated, with the population removed to Sengrad for their safety. After the fall of Sengir, it was refounded by Fiona as Julvania.

Gulvania
After his armies occupied the valley and slew its inhabitants, Gulthias Sengir repopulated the area with human subjects drawn from his other conquered lands. As a result, Gulvanians have a wide variety of ethnic backgrounds. Gulvanians are deeply invested in their homes and their traditions. They are wary of strange peoples and customs. The way Gulvanians deal with strangers can be unsettling to those newcomers. Gulvanians have a tendency to stare openly, in silence, thereby expressing their disapproval of anything that isn’t familiar to them. Gulvanians aren’t talkative with strangers, to the extent of being pointedly rude, Most Gulvanians have violent tempers that boil up through their customary silence when they are provoked. They also have a social cohesiveness (thrust. upon them by their weird circumstances) that can make them act together against outsiders if a Gulvanian is mistreated. Gulvanians were a happy people once, but their history and current conditions aren’t pleasant If one manages to win the trust of a Gulvanian, one has a friend for life and a stalwart ally.

Gulvanian children aren’t happy children. They are raised in a culture of fear and told time and again not to wander too far from their homes or enter the woods. They experience little hope or joy, and they are taught to fear the devil Gulthias above all. Gulvanian adults eke out modest livings. With no new wealth pouring into the valley, they trade in old coins that bear the profile of their dark lord, Gulthias, as he looked when he was alive. They hide their precious baubles in their houses and dress plainly outdoors, so as not to attract the attention of Gulthias or his spies.

Gulvanians live within a closed ecosystem. Every Gulvanian adult is expected to learn a trade or serve a function. Gulvanians stitch their own clothing, craft their own furniture, grow their own food, and make their own wine. With fewer than three thousand people living in the entire valley, finding the perfect mate isn’t easy, so Gulvanians have learned to settle for what they can get.

Lore
The following is a collection of information and common knowledge gained from the populace of Gulvania.

• Anyone who attempts to leave the land of Gulvania begins to choke on the fog. Those who don’t turn back perish.
• Many strangers have been drawn to Gulvania over the years, but they all die or disappear before long.
• Wolves, dire wolves, and werewolves prowl the Svalich Woods, and hungry bats fill the skies at night.
• The village of Gulvania sits at the east end of the valley. Its burgomaster was named Kolyan Whitewood.
• The town of Sengrad lies in the heart of the valley. Its burgomaster is named Baron Banquo Vallakovich.
• The fortified village of Ankovia lies at the west end of the valley and is built around an old abbey. The village burgomaster is named Dmitri Ankoviaov.
• Wine is the lifeblood of Gulvania – for some, it is the only reason to keep living. Gulvanian taverns get their wine from the Wizard of Wines winery near Ankovia.
• A mad wizard of great power haunts the foothills of Mount Baratok. He is an outsider and no friend of the vampire’s.
• Two divine forces watch over the Gulvanian people: the Morninglord a’Tal and Mother Night ar’Tem.
• Before the curse of Gulthias befell the land, the Morninglord watched over the Gulvanian people from sunrise until sundown. Now, the sun has not shone unobscured for centuries, and the Morninglord no longer answers their prayers.
The presence of Mother Night is felt most strongly between dusk and dawn, although nighttime prayers to her go unanswered. It is widely believed that she has forsaken the Gulvanian people and sent the devil Gulthias to punish them for their ancestors’ offenses.
• Spirits drift along the Old Svalich Road toward Nightfang Spire in the dead of night. These phantoms are all that remain of Gulthias’s enemies, and this damnable fate awaits anyone who opposes him.
• The Vharlangi serve the devil Gulthias. They alone are allowed to leave Gulvania.
• Never harm a raven, lest ill fortune befall you!
• Gulthias Sengir is a vampire or a devil vampyr, and he dwells in Nightfang Spire. No one is welcome at the castle.
• The devil Gulthias is a curse placed on the land because of a forgotten sin of the Gulvanians’ ancestors.
• A vampire must rest in its coffin during the day. At night, it can summon wolves and vermin to do its bidding. A vampire can transform into a bat, a wolf, or a cloud of mist. In its humanoid form, it can dominate you with its powerful gaze. A vampire can’t enter a residence without an invitation from one of the occupants. Running water burns a vampire like acid, and sunlight causes a vampire to burst into flame. 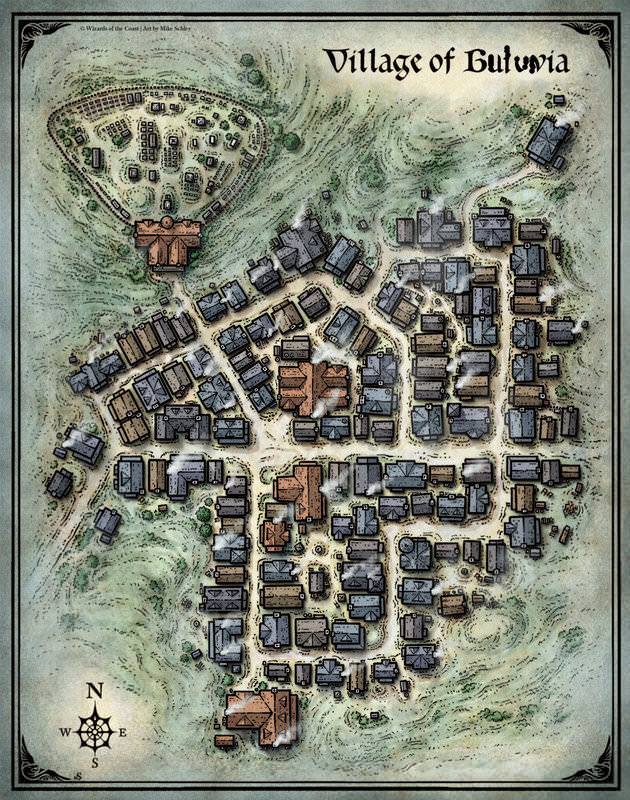