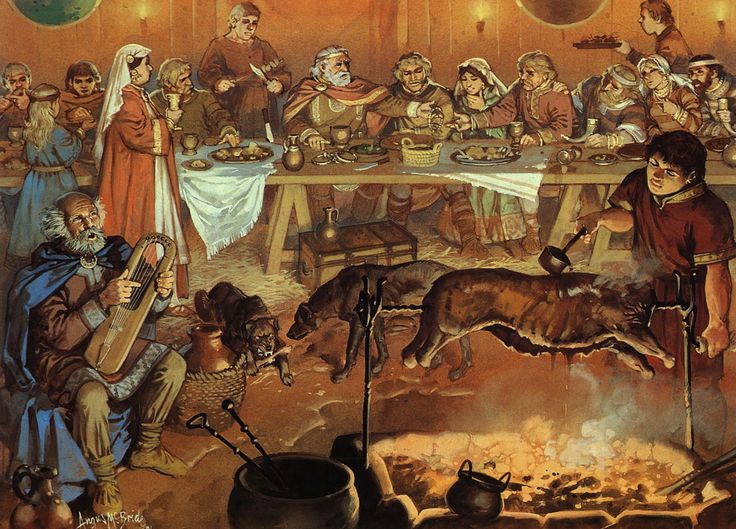 The Great Hall of Dragonfire is the largest room of the Great House of Dragonfire, in which the lords can feast with their followers, receive guests, and hold ceremonies. A large vaulted hall built and roofed in stone with the help of dwarven craftsmen (for Kryss in particular was insistent that the lords’ households be built in stone, not wood, so as not to burn easily), the walls are hung with tapestries and trophies from the party’s adventuring career.

These tapestries depict story cycles and legendary scenes; a few show the lords’ own deeds, namely the battles in Brindinford by which they won their fief. Most prominent, though, are painstakingly restored tapestries recovered from under Ossington that depict the time of the earl Saithnar.

Among various trophies, the most prominent is the mounted head of Bestlaranathion Half-Silver. Others include a pair of enormous bronze scimitars once wielded by highborn efreeti and the black plate armor of Istavan the Jet Knight, a Mox knight who famously betrayed the lords at Storgard. Nine shields of Istavan’s black knight followers also hang on the walls, along with the lance and pick of the ghoul Lord Vorag among many lesser arms.