Dara Whitewood is formerly the constable of Blasingdell. She has since become married to Lord Kryss and had a child named Emily.

She spent some time as the de facto leader of Dragonfyre until she decided that she wanted to join Kryss and the party on their adventures.
—-
During the campaign to Gulvania the party learned that the cursed land was actually Dara’s birthplace and they met her uncle and twin sister. The reunion was not very happy as it turned out Dara shared a soul with her sister. A soul which once inhabited the body of the vampire lord Gulthias’ previous past wife.

Despite the parties best efforts, Dara was captured by the vampire lord and by the time they caught up with him he had already tried to turn her. Unfortunately, for some reason, Dara was not embraced as a Red Vampire like her sire but instead turned into a White Vampire that fed on emotions. She was too powerful for Gulthias to hold and so she fled the manor on her own.

Despite Kryss’ grief he has opted not to persue her in liu of allowing her to explore her new powers, abilities, and morals. Emily is left under the expert care of Tom Bing while he deals with affairs of state and Kryss insists that one day Dara will recall their love and return to him.
——-

Dara the White stands in the doorway, staring at Tom Bing. The halfling looks cheerful, and stands on a stool, chopping vegetables for a stew brewing in the cauldron over the fire. His gaze does not leave her. Emily trudges in to help Tom Bing and freezes as she spots the creature that was once her mother. “Do be careful, Madam, that you do not accidentally harm the child. You will not survive to correct the mistake.” Emily slowly backs away from her mother, whose gaze is not warm nor loving, but rather feral and predatory.
“You’re right, I can’t control it. Does that make you fearful? I can smell it from here. Why not invite me in, Tom, we can have dinner together while we wait for my husband to return.”
“Madam, if you were who you appeared to be, I would have no cause nor right to invite you into your own home. As for the smell, that’s the soup, nothing more. You’ll have to learn to distinguish these things if you expect to survive your metamorphosis. Is it your intent then, to prey upon those who loved the person you once were? To torment them by feeding off their fear, their lust, their despair? I will not allow this household to come to harm, I am its butler.”
Dara snarls and for a moment, it seems as though she intends to see how solid the barrier holding her back is. Only for a moment though. She gathers her composure, draws herself up and looks imperiously at Tom Bing. “No. I have no interest in making a foe of your kind, nor of my former family. I will go west. I need…I need to find someone to teach me about the Embrace.” She turns and leaves, Tom Bing watching her go, never stopping his vegetable bladework. When she is gone, he carefully cleans and replaces the silver knife he was using with a steel one.

Dara stretches languorously across a silk cushion, looking at her master. “What is a neocount?” she asks. The vision provides only the briefest glimpses of a golden haired, almost angelic looking being before fading.

Dara stalks the woman through the forest in a furious storm, delighting in the scent of her terror. Her cheeks flush with excitement as she purposely steps on a branch, giving away her position and driving her victim to new levels of fear. A flash of lightning reveals the victim…it is Dara’s own face that screams.

Dara argues that humans are best left to their own devices, that they are too sad and lacking hope to safely feed off of. Rather, a symbiotic relationship might be established with the Sidhe, whose emotions run rampant and have the same long viewed perspective as that of the White Court.

Dara flees for her life, the werewolf pack hot on her heels. "Damn Gangrel," she curses the winds as she tries to lose them.

Dara listens impassively as a gathering of vampires from multiple courts demands that Dragonfire Dyrr pay for its affront to the Sengir family. "They didn’t need a reason to go after Gulthias, and look what happened to him," she responds when asked about her opinion. “I hate to think what they might do if you gave them one.” A dark vampire lord’s countenance clouds as he hears her words. 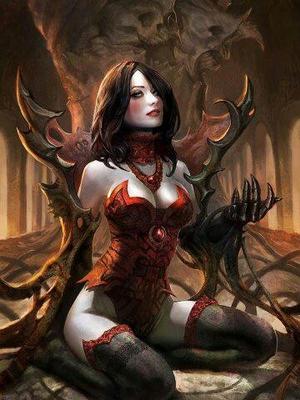